The approximately 28-minute art film was conceived on the occasion of the hundredth anniversary of the founding of the Dada art movement. Its focus is the North German performer and poet Emmy Hennings and the author, poet and artist Hugo Ball, who would later become her husband. The film is a fictional portrayal of the early stages of their relationship. They go on vacation together for the first time, travelling to a deserted village – absurdly – on Segways. All the houses are empty. Only large-format paper works of art hang on the facades of the buildings. This Dadaesque vacation film is shown at a party in Hugo’s flat. The two meet there once again, while all around them a party is going on. The story is partly told using Dadaist stylistic devices such as absurdity (for example, the film within the film, whereby Emmy’s arrival in film time links seamlessly with the vacation film), masquerade, stylisation, slow-motion sequences, and special colouration. One part of the film is set in modern-day Hamburg, whereas the deserted village is situated in the open-cast coal mining area of Garzweiler. While the Dadaists (the real ones as well as those enacted in the film) playfully give themselves roles – for example that of the lift operator or of the servant and champagne waiter – in their distant stylisation, Hugo Ball and Emmy Hennings remain true to themselves, right up to the balcony scene with fireworks right at the end. The closing credits, which last for more than five minutes, are a melange of film fiction, credits and making-of. Only now, almost at the very end of the film, does the viewer realise that the strangely deserted village is a place that has been depopulated for big money, a place that was destroyed by the huge bucket excavators of the Garzweiler II open-cast mining complex just a few days after the completion of filming. Here, if you will, we see the political, socially critical side of Dada.
Although more than 80% of the film is underlaid with music, it’s also a silent film, with just the same two words being repeated manifold on two occasions: Hugo and Emmy. 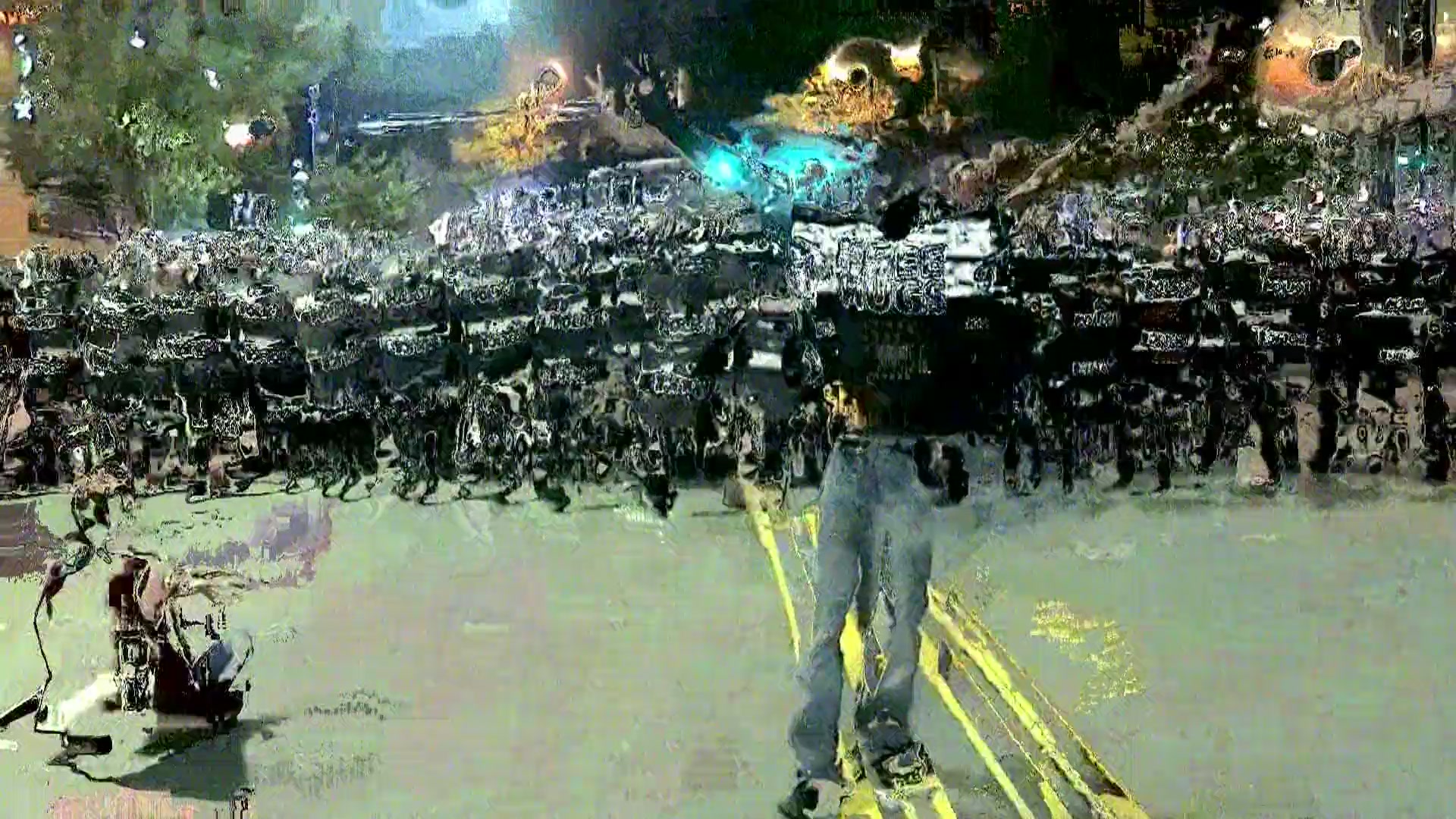 Swarming pixels engulf inexorable flood of human will and passion. Waves of people change course of history and their own fate, asserting agency. Rage, fear, power. In the work, tectonic collisions of digital code capture an overwhelming sea of collective protests, and a hint of hope. 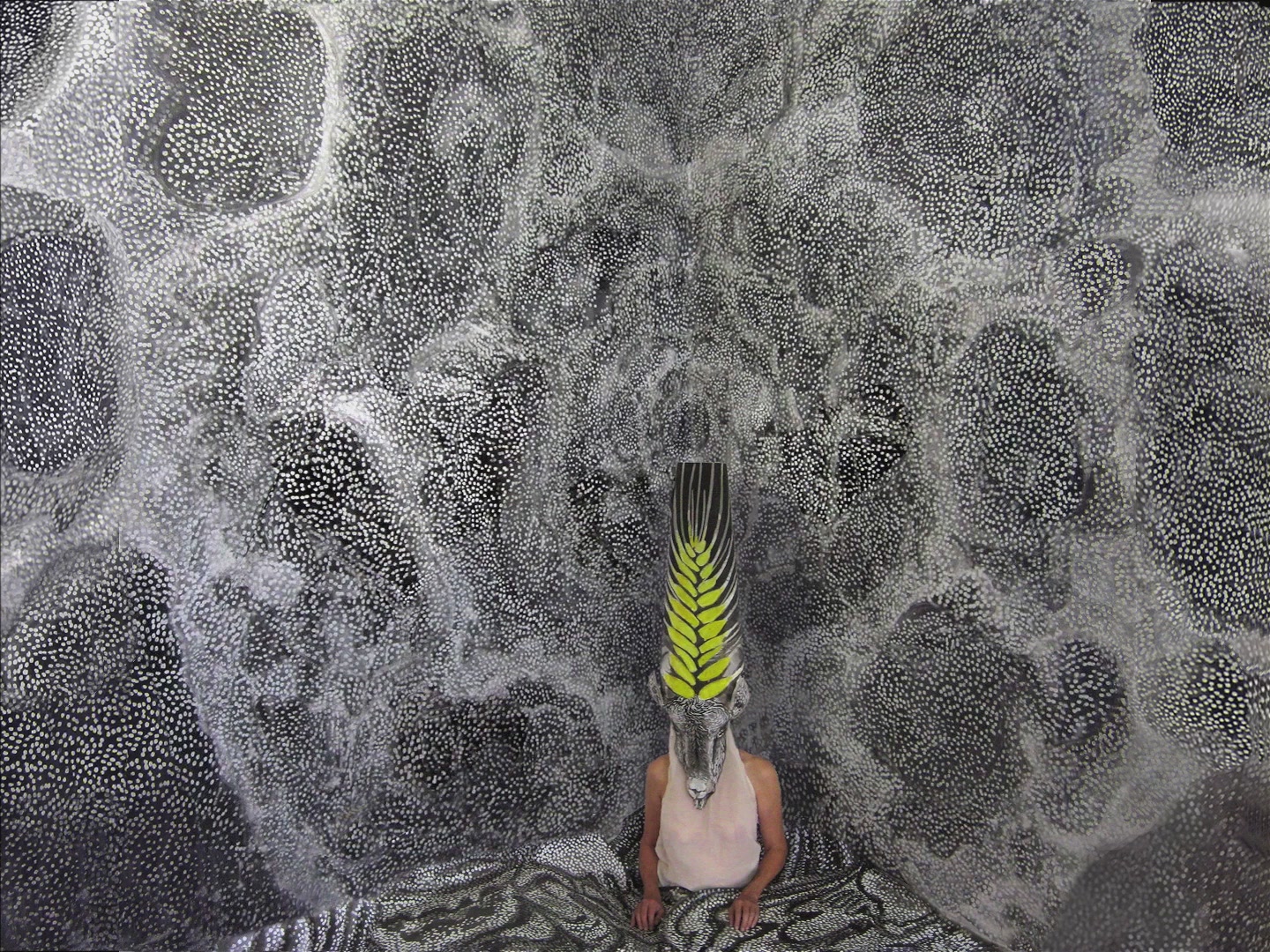 This video is inspired in the work and thesis of the anthropologist James George Frazer in “The Golden Bough: A Study in Magic and Religion”.
The video, a stop-motion of 3:34 minutes duration, combines drawing, animation and performance. In it, the story of how a super heroine takes her own life when she realises the lethalness of her powers is told. This sacrifice unleashes a series of transformations in the universe, which is made fertile with a new being.

ALL MY PHONENUMBERS DROWNED  IN…

Are we already living in a collage?
Didn´t we notice ?
3 fashion models on their way through the megacity of Lagos/ Nigeria

A veteran of the Vietnam conflict receives an invitation for his dark past to come back and haunt him in the form of a movie at the local theater.

“Long Yearning” is a cinematic exploration of the lives of Chinese factory workers and the nature of repetitive industrialised work. The film is intermixed with written excerpts of traditional Chinese poetry, creating a surreal merging between modern and ancient China.